Obsessive Compulsive Disorder ranks 10th in the World Health Organization's list of leading causes of disability. With advances in neurostimulation techniques and research, there are now effective and sustainable treatment options like TMS without the need for medications.

As our understanding of neuroscience and mental health have evolved, we can now look at OCD more systemically, addressing the underlying cause of the condition and assisting with lifestyle factors that may be contributing to and preventing recovery.  At neurocare, we find solutions that are personalised and can potentially offer long-term positive results.

Obsessive-Compulsive Disorder (OCD) is a type of anxiety disorder.  As the name suggests, it is characterised by unreasonable fears or thoughts (obsessions) which often lead to compulsive physical behaviours or urges.

OCD can present itself in different ways, but the most common feature is an obsession to perform certain actions or rituals in response to obsessive thoughts. For others, these acts seem unnecessary, but if you are affected by OCD, these actions are vital.  The person may perform them in a certain style or order to avoid perceived adverse effects.  Some examples include repeatedly checking locks on doors,  repeating certain words or sounds, or obsession with hygiene with repeated hand washing and cleaning.

Most OCD patients understand that their behaviour is not rational. However, because sufferers consider the compulsions necessary to prevent related anxieties or tensions, they will continue to be performed. The compulsive behaviour aims to ignore, neutralise, or even stop the obsessive thought.

Compulsive behaviours can have serious negative impacts on sufferers and those close to them. They put stress on relationships and can inhibit a person’s ability to manage normal daily activities, such as work or study.

What is considered a compulsion?

Repeated behaviours – such as hand washing, ordering items, or checking things - or mental acts, including praying, counting, repeating words. OCD sufferers perform these tasks in response to an obsession and often according to certain rules.

Medications are a common treatment for the symptoms of OCD. In many cases, psychiatrists will prescribe antidepressants initially to help control both obsessions and compulsions.

Like all psychiatric medications, the patient can experience side effects and may need to try several types of medication before finding one that helps. Although they can offer relatively quick relief from symptoms this may be temporary as the effects may wear off over time. 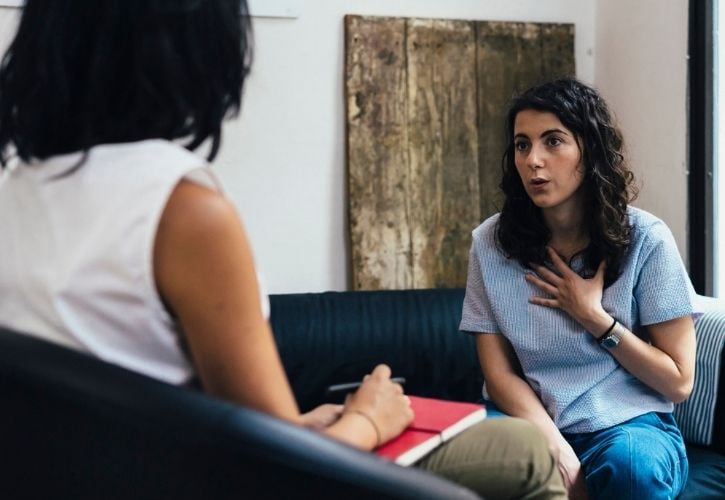 Psychotherapy or talk therapy has been used effectively to treat OCD. This type of therapy may be used in combination with medication or another type of non-invasive neuromodulation therapy.  There are particular techniques of psychotherapy that are more commonly recommended for people with OCD.

Cognitive Behavioural Therapy (CBT) may be effective in treating OCD, as the therapist helps the patient examine the interaction between their individual though processes and their behaviours, responses and mood.

Exposure & Response Prevention (ERP) is another psychotherapy technique that can help patients with OCD.  The premise of ERP therapy is to gradually expose the patient to the situation or thought of their obsessive and then learn and practice ways to prevent the compulsive response.

OCD can be treated effectively with TMS therapy. The benefits of magnetic stimulation are well researched, understood, and scientifically proven as a treatment for Depression as well as OCD.  TMS has the advantage that it aims to support natural recovery from illness, harnessing the brain’s natural neuroplasticity. There are also minimal side effects when compared to medications. At neurocare, we combine TMS with Psychotherapy as an OCD treatment. Several studies have found TMS and psychotherapy combined can be a beneficial option, particularly for patients who have not responded to other treatments.  Furthermore, addressing any sleep hygiene-related issues can increase the likelihood of responding positively to the therapy.

Seek our innovative and personalized care at a clinic near you

How can TMS help OCD

Transcranial Magnetic Stimulation therapy is a safe and recommended treatment for people with OCD or depression who have not responded to other treatments or who are looking for a medication-free alternative. Therapists at neurocare use an approach that combines TMS and Psychotherapy, scientifically proven to be more effective than either therapy alone (see Donse et al. 2017)

Learn more about our DTP, innovative technologies and training academy for health professionals.

Learn more about our group and our mission to deliver innovative healthcare worldwide.