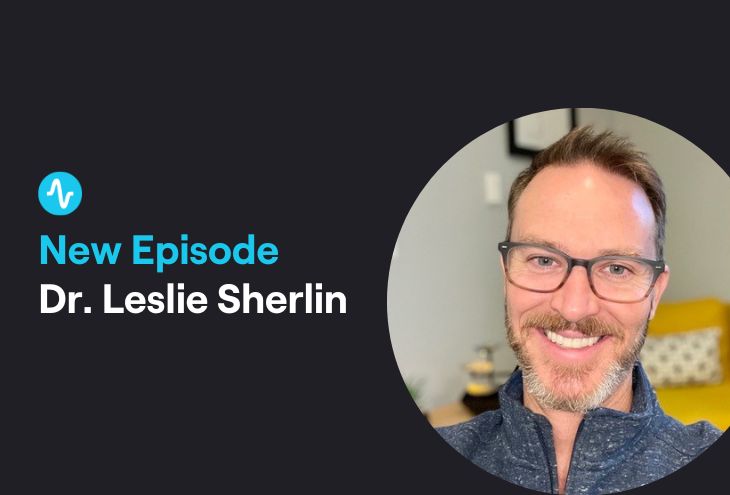 Improving and optimising human performance has been the subject of research across countless academic fields. Sports scientists and nutritionists have perfected training plans. Educators continue to perfect curriculums and timings for all levels of education.

But what if we had access to a secret weapon to improve peak performance even further. Neurofeedback and neuromodulation hold some of the answers to our quest for improving human performance. Who better to talk to than Dr. Leslie Sherlin? Dr. Sherlin headed up the International Society for Neurofeedback Research for 15 years. He is also a psychology professor licensed counsellor, and sports psychology consultant, who divides his time between neurofeedback private practice and academia.

To learn more about Human Performance Neurofeedback, watch the interview with Dr Leslie Sherlin and neurocare's Dr Trevor Brown and subscribe to the neurocare YouTube channel.

Bridging the Gap Between Research and Clinical Implementation

During his graduate work, Dr. Sherlin started combining academic and clinical work but realised that clinical work alone was not where he saw his future. He decided to stay connected to academia by teaching new practitioners, eventually starting to work with athletes.

“I noticed that this population of clients was different from others”, Dr. Sherlin says. “I noticed that there was a lot of thinking by athletes about how their purpose was driven by more than just their athletic performance.” Dr. Sherlin credits his exposure to a wide range of sports with truly understanding how athletes approach peak performance.

“How good can you get? We simply don’t know yet.”

Working with Red Bull’s No Limits athletes allowed Dr. Sherlin to be part of an interdisciplinary team of scientists considering different aspects of human performance. Biomechanics, nutrition, strength and conditioning, psychology, physiology, and neurology all came together.

The result was a Mental Performance Model. “Developing the model was not so much about delivering something ground-breaking”, explains Dr. Sherlin. “It was more about tying together all these individual aspects of the training that we had thought of as being in different buckets.”

The model combined mental, cognitive, and neurological functions. To understand each component, they needed to be assessed, then targeted in training, and monitored for progress.

The team used EEG technology to measure and visualise changes in the athletes’ brain activity during peak performance. They found that there were clear transitions between different stages of activation. Brain activity differed between resting, analysing the situation, and taking action.

Seeing the shift in brain activity was only the beginning. The team of scientists hypothesised that if they were able to identify what was happening with individuals when they received an activation task, they could also identify problems.

“Even if this wasn’t an individual’s sport, we would be able to see where in the process the person experienced problems”, Dr. Sherlin adds. “Where do they get hung up? If we can address that through training or even just awareness and education, it will allow them to perform better.”

The scientific approach shifted from questioning the validity of the athlete’s approach to the timing of an aspect of the task.

Taking it to the Playing Field

Dr. Sherlin and his team took their hypothesis to the baseball field and tested it on the Seattle Mariners. Eight minor league players participated in 15 neurofeedback sessions over 25 days. The results were incredible, with response time dropping significantly. A hitter would have an incredible advantage, just based on that.

What was even more impressive to Dr. Sherlin and his team was the experience the athletes reported. Pitchers reported being able to truly zero in on the ball and see their target better.

To find out how the baseball players’ experience would translate to other sports and how much of the effects could be attributed to neurofeedback, check out the entire interview with Dr. Sherlin Sherlin. Dr. Sherlin discusses the possibility of using neurofeedback preventatively, with home-based technology to assist in everyday decision-making. We also discuss why these opportunities for increased performance are not yet being utilitised.

The Impact of EEG in Psychiatry with Nash Boutros