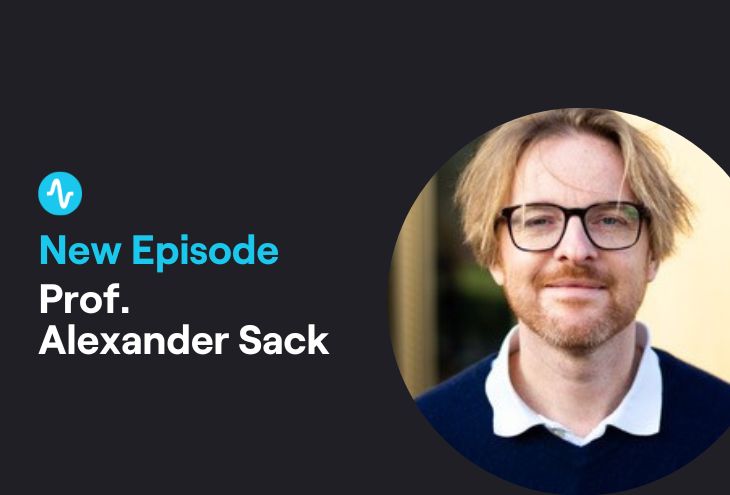 Transcranial magnetic stimulation (TMS) uses non-invasive magnetic coils to stimulate specific areas of the brain and improve symptoms of depression. It has been proven to be especially useful for medication-resistant depression and when combined with psychotherapy.

Professor Alexander Sack works at the interface of psychology, neuroscience, and technology and focus on personalisation techniques of TMS. As well as working as a Professor of Brain Stimulation and Applied Cognitive Neuroscience at Maastricht University, he also leads an academic hospital, drawing on daily clinical experience to inform his work.

In his latest interview, neurocare’s Dr Trevor Brown speaks with Professor Sack on his experience, careers and insights into his research on future personalization techniques of TMS.

To learn more about TMS, watch the interview with Prof. Alexander Sack and neurocare's Dr Trevor Brown and subscribe to the neurocare YouTube channel.

Professor Sack has had an academic as well as a clinical interest in TMS for almost two decades. When he started working on his Ph.D. in Frankfurt, he was already interested not only in making TMS work for patients but in truly understanding what was happening in the brain.

Following his Ph.D. and several post-doctoral positions including at Harvard Medical School, Professor Sack came to Maastricht. There, he founded his own lab which now employs between 15 and 20 scientists with the goal of understanding how the brain works and how TMS works.

One of Professor Sack’s first larger studies shows how our brain functions in networks. That means, not one single area is responsible for a certain task but instead a network of brain regions. As a result, when clinicians use TMS to stimulate one area of the brain, other areas may try to counteract or reinforce the stimulation.

“If you increase or decrease activity in the pre-frontal cortex to treat depression, it will always trigger activity changes in other parts of the relevant network”, Professor Sack explains. These network effects are dependent on the cognitive state of the brain – resting, active or excited.

Another consideration is the communication between the different areas of the networks within the brain. This depends on the oscillatory state of the brain. It follows a rhythm that changes depending on the degree of engagement of the person.

Professor Sack and his team use different technologies simultaneously to combine the different metrics (TMS, cognitive, and oscillatory state) at the same time. This is where they see the future of TMS both in academia and in clinical settings.

Matching TMS stimulation to the oscillatory rhythm of the brain can influence the participant’s or patient’s response to the treatment. The team correctly predicted that if the brain’s alpha rhythm was high, the impulse delivered by TMS had little effect. The lower the rhythm, the high the impact of TMS.

Their research took them further. One of the limitations of TMS has been its perceived inability to stimulate deeper areas of the brain. However, with their combined approach, Professor Sack and his team showed that there is a window in which TMS can reach deeper parts of the brain, including the thalamus.

Those parts could otherwise only be stimulated using deeply invasive procedures. “If the alpha rhythm was low, the impulse went directly to the thalamus”, Professor Sack explains. Being able to visualise the effects of TMS directly, lead to remarkable conclusions that are directly applicable to TMS therapy.

“You can personalise TMS treatment by synchronising it with the brain rhythm of your patient to have a more robust and reliable network effect in depression treatment”, says Professor Sack. He believes that this could also explain why some patients respond less well to TMS and show shorter periods of remission. Being able to synchronise treatments better with the individual could open the door to even better outcomes.

The Impact of EEG in Psychiatry with Nash Boutros