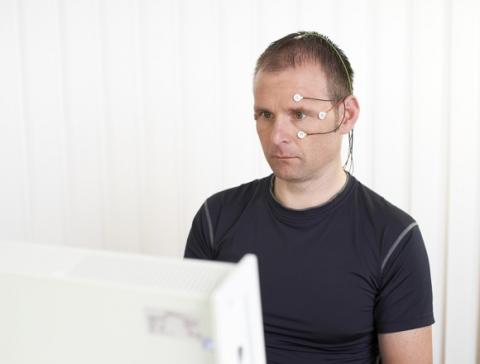 In any given schoolroom an average of one child suffers from ADHD. However, it has long been ignored that ADHD is a neurobiological disorder which persists further into adulthood. Classic symptoms such as inattention, impulsivity and hyperactivity often remain and have a significant impact on various aspects of adult life. ADHD may affect an adult’s ability to complete higher-education training, and may be a factor in frequent job changes, intense but short relationships and comorbid disorders such as depression and addiction. It also mentions increased risk appetite which may be associated with dangerous or criminal behavior. Not only do these problems cause great personal suffering, it is a cause of significant economic loss. The need for an effective treatment is therefore paramount. Neurofeedback is known to be an effective form of treatment for ADHD in children, with symptoms improving greatly or disappearing completely and often reduces the patient’s need for medication.

Supervised by PD Dr. Ute Strehl and Dr. Kerstin Mayer, this study from the University of Tübingen systemically investigated, for the first time, the effect of neurofeedback in adults with ADHD. The adult ADHD patients were given 30 one-hour sessions of neurofeedback of slow cortical potentials – treated with the THERA PRAX® System (Slow cortical potential SCP). In order to determine the effects, patients were examined before and after treatment, as well as six months after the treatment course. Almost all participants (90%) had a moderate to significant improvement in ADHD symptoms. Improvements were also found in brain activity associated with attention and preparation. The results therefore show that neurofeedback can be an effective therapy for adults with ADHD.

Neurofeedback is offered by various professional organizations, however, such organizations need to show that their clinicians have received rigorous training. Dr Kerstin Mayer now offers training and education at the neurocare group clinic in Munich. These courses are attended by clinicians from all over the world.

One of the most prevalent psychiatric disorders in childhood and adolescents. Primary symptoms are inattention, impulsivity and hyperactivity. Boys are often more affected than girls. ADHD is a neurobiological disorder which persists into adulthood in 30-65% of cases.

Neurofeedback is a form of biofeedback on brain activity by means of recorded EEG which is then received into the brain. This feedback makes it possible to determine and thereby control brain activity in the patient. Training of the brain can compensate for difficulties in activation with various symptoms of ADHD improved through better self-regulation.

Dr. Strehl is a leading scientist in the field of neurofeedback for ADHD as well as epilepsy. Together with Prof. Dr. Niels Birbaumer at the University of Tübingen, she has researched and applied Neurofeedback of slow cortical potentials (SCP) for the treatment of ADHD and epilepsy.

neurocare helps patients through the sustainable treatment of mental disorders, chronic pain and through rehabilitation. In our neurocare clinics we integrate the work of the therapist with neuromodulation technologies in order to individualize the therapy to the patient’s needs. In our neurocare academy we train therapists and researchers in techniques of neuromodulation and integrated therapy concepts to then use in their daily work with patients. This is supported by our technology division, neuroConn,which has long pioneered and been a worldwide leader in the field of non-invasive neuromodulation technologies. More information can be found at www.neurocaregroup.com.

Below you will find a selection of studies related to the efficacy of neurofeedback in the treatment of ADHD.