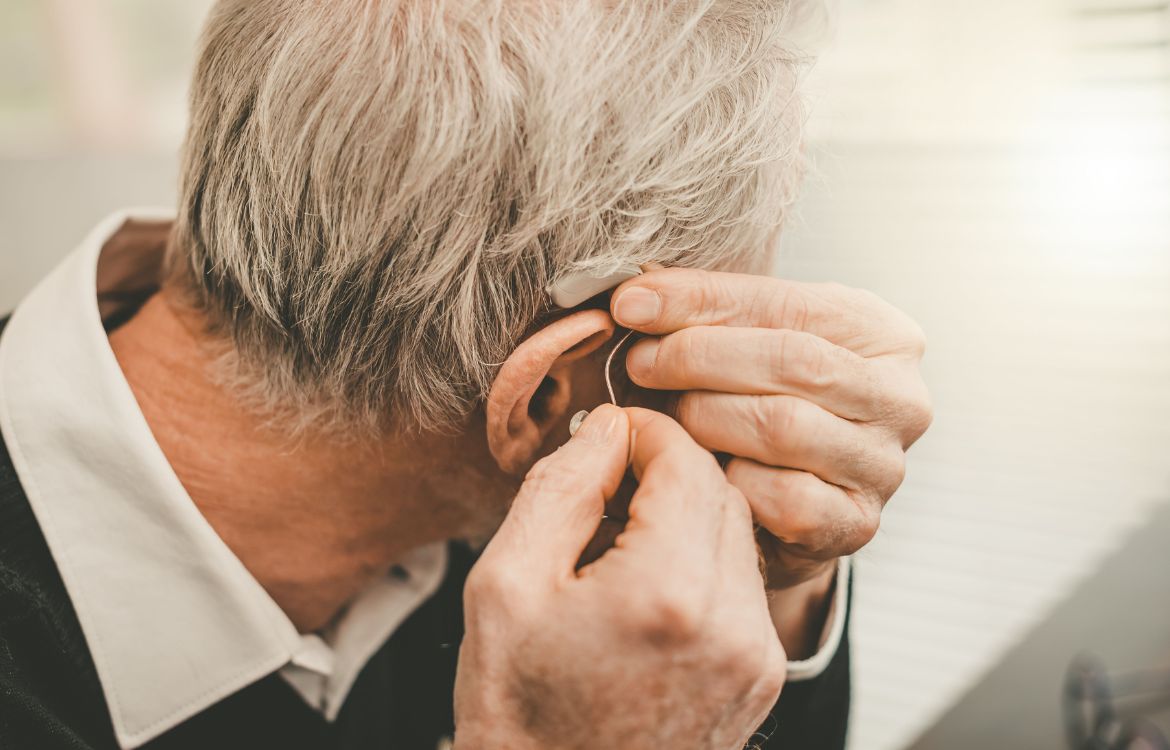 Hearing impaired people often face difficulties in participating in conversations in a noisy environment or when several people are speaking at the same time. In most cases, their selective hearing ability - the so-called Cocktail party effect - is also impaired and even with modern hearing aids, other voices or background noises cannot be faded out in order to concentrate on one noise source.

Researchers at Oldenburg University did a study that aimed at modulating the intelligibility of speech in noise externally by means of tACS such that the electric current corresponds to the envelope of the presented speech stream - envelope tACS (Wilsch et al., 2018). Based on the results of this research, the joint project mEEGaHStim is developing a hearing aid that is to make hearing considerably easier by combining EEG measurement, audio signal processing and tACS of the auditory cortex. The project is funded by the Federal Ministry of Education and Research (BMBF).

Due to our competence in neuroConn Closed Loop Solutions for DC-EEG derivation with simultaneous transcranial electrical brain stimulation, our company is significantly involved in the development of the system.