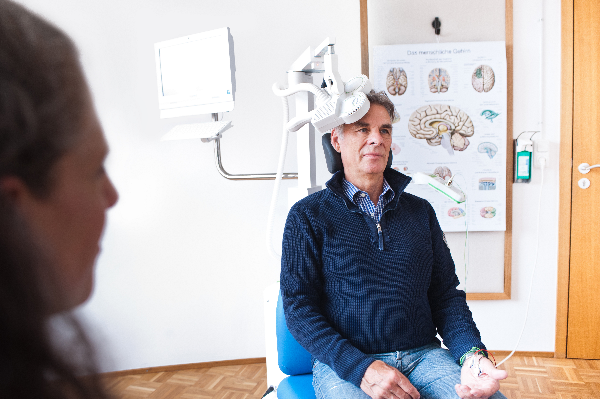 Nijmegen, July 1st 2017 – This month, Zorginstituut Nederland (Dutch Health Authority) has advised health insurance companies to incorporate magnetic brain stimulation (rTMS) for the treatment of treatment resistant depression (TRD) as part of their reimbursed care. The expectancy is that all health insurance companies will follow up on this advice. Currently, the insurance company VGZ already includes rTMS in their reimbursed care. Years of research from neurocare group amongst others have contributed to the decision of the Zorginstituut. The combination of cognitive behavioural therapy and rTMS for the treatment of depression results in a response rate of 66% after 21 sessions on average. These are the results of our most recent study. rTMS is free of side effects typical of antidepressant medications and the combination of rTMS with cognitive behavioural therapy appears to result in better clinical outcomes.

Worldwide the scientific evidence supporting clinical use of rTMS for TRD has been known for a long time and has already led to recognition by the FDA (USA) and NICE (UK). rTMS has been part of reimbursed care in the USA since 2011, so for patients with moderate to severe treatment resistant depression it is good news that Zorginstituut Nederland now also has recognized rTMS as an effective treatment method that should be reimbursed.

Since 2006, Brainclinics Research Institute, in collaboration with the neurocare group, has been investigating the effects of rTMS. Clients with severe therapy resistant depressive complaints were treated after an extensive diagnostic phase. The effects were measured at the start of the treatment, during treatment, after completion and at follow-up. The treatment was then tailored, based on the specific complaints and needs of the client. A number of scientific studies have been published in collaboration with (inter) national universities.

The most recent research shows that after 20-30 sessions of rTMS therapy, the client either no longer meets criteria for depression (remission: 55%) or at least notices a significant improvement (response: 66%). The majority of clients maintain the reduction in symptoms received from treatment even after 6 months post completing their rTMS treatment. rTMS is often combined with cognitive behavioural therapy to optimize the results.

Transcranial Magnetic Stimulation (TMS) also called repetitive Transcranial Magnetic Stimulation) is used in the treatment of severe depressive complaints for which a pulsating magnetic field is used to stimulate specific parts of the brain. Scientific research shows that the cause of depression largely lies in the communication between the prefrontal cortex (Dorsolateral Prefrontal Cortex (DLPFC)), and the deeper anterior cingulate (AC). In depression there is a disturbed communication between these DLPFC and ACC structures. rTMS stimulation focuses specifically on this small area (DLPFC), usually right or left frontal. Repeated stimulation of this area will improve communication between these structures and reduces depressive symptoms.

A report in the Lancet Commission points to failures in each country not doing enough to respond to global rise...
Read More