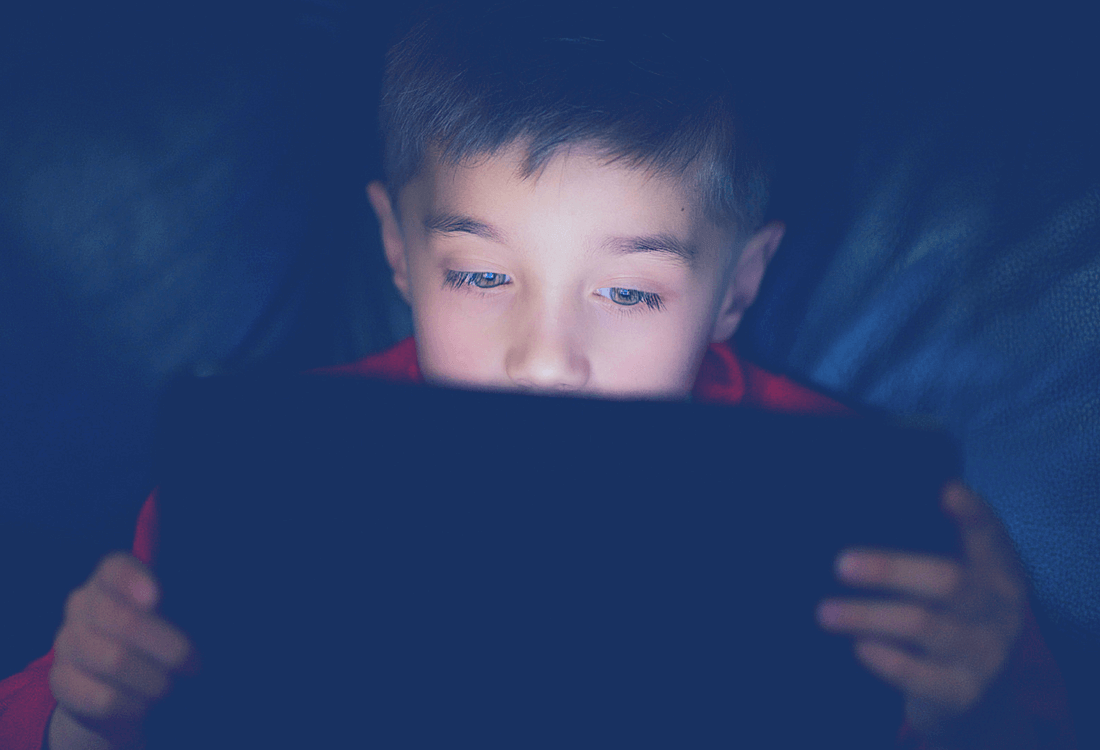 In classrooms, the idea still prevails that easily distracted children and children with ADHD should not be seated too close to the window since they might be distracted by what is happening outside. ADHD is also often associated with difficulties in executive functioning and attention. Are these symptoms truly the core issue of ADHD? Or could there be a different underlying cause? In this article, we will explain how some easily distracted children might be better off sitting closer to the window given the connection between ADHD and sunlight.

In recent years it has become more evident that the treatment of ADHD with psychostimulant medications have only sustained effects beyond 2 years in 30-40% of patients. This observation indicates that we should accept the possibility of more than one cause for ADHD and that – from a neurobiological perspective – it is not a homogeneous disorder. This notion has lead to a development in “personalized medicine” or “Precision Medicine”, whereby a range of therapeutic approaches is needed to treat the diversity of ADHD “behaviours”.

Since 2001neurocare in The Netherlands (now in Australia, the US and Germany) has conducted research on certain ADHD subgroups. These studies found that children with brain activity indicating drowsiness respond well to both psychostimulant medication and also neurofeedback. Conceptually, it is also very understandable that a psychostimulant medicine should have an effect when there are signs of drowsiness. It should be noted, however, that there are some parties ‘over-claiming’ the efficacy of Neurofeedback as a treatment for various other disorders.

An online search of the term “Neurofeedback” often leads us to think this is a new treatment approach for a range of mental or cognitive issues. It should also be noted that a wide variety of “Neurofeedback methods” have been applied, of which some are well-investigated and known to have good clinical effects, whereas many others have more questionable methods which have not been investigated at all.

For this reason, we advise people to look for therapists who claim less of their treatment services (e.g., who limit themselves to the treatment of ADHD). And, just like regular ADHD treatment should be carried out by a trained psychologist, the same should apply to neurofeedback treatment. In working with neurofeedback and ADHD, we have noticed for years that the most common “side-effect” reported by patients, was that they slept better, even when no sleeping problems were present. Based on this fact and other scientific studies explaining this “sleep enhancing effect” of neurofeedback, we recently published a model that relates sleep problems to symptoms in the ADHD spectrum, such as concentration problems, impulsivity, etc. (Arns & Kenemans, 2012.)

What is the connection between sleep problems and ‘symptoms of ADHD’

To understand this better, it is important to distinguish between ‘sleep deprivation’, i.e. a full night without sleep, of which we know that it substantially affects daily functioning, and sleep restriction. Sleep restriction means sleeping for half an hour or an hour less. It is known that, in the long term, this results in impaired attention functioning and in the typical ‘drowsiness’ brain activity as described above. If adults are requested to sleep 6 instead of 8 hours per night for two consecutive weeks, their attention and concentration will gradually decline from day to day. When asked about their functioning after two weeks of sleep restriction, they will report no complaints. However, when attention is measured objectively, it will become clear that their functioning is at the same level as it would have been after two nights of full sleep deprivation! The big difference of sleep restriction as compared to sleep deprivation lies in the fact that a person would have to get an equal number of normal ‘8 hours sleep’ nights in order to function at the same level as before the sleep restriction. In other words, sleeping in on the weekends is not sufficient to recover from the loss of sleep during the week. Furthermore, large-scale studies have shown that sleep duration is positively correlated with executive functioning and school functioning, and negatively correlated with externalizing behaviour (disobedient, disturbing, hyperactive and impulsive behaviour, etc.). Also, several studies have shown that healthy children exposed to sleep restriction will display more ‘ADHD-like’ behaviour.
In this perspective, it is also interesting to know that today, children sleep an average of 1 hour and 15 minutes less than 100 years ago. More objectively, studies using EEG, have substantiated this trend further and reveal that, during the last ten years, healthy children’s brain activity is showing more signs of drowsiness. Considering this, it becomes clear that sleep indeed plays a fundamental role in our daily functioning, and that it can indeed play a role in the development of complaints that are also seen in ADHD. In addition, these trends may partly explain the increase in concentration problems and increased prevalence of ADHD.
It is known that various sleep disorders are more common among children with ADHD, such as Restless Legs Syndrome (RLS) and sleep-breathing problems or sleep apnea (manifested through snoring, and a temporary cessation of breathing during sleep). Interestingly, it was observed in several studies that treating sleep disorders such as RLS and sleep apnea also resulted in a substantial improvement in ADHD complaints. Another – more subtle – sleeping problem that occurs in 70-80% of children and adults with ADHD, is sleep onset insomnia (SOI), i.e. having trouble falling asleep at an age-appropriate bedtime. This is not just a subjective complaint; it can be determined objectively by measuring the release of melatonin (sleep hormone) in the evening, according to Dutch researchers. For a better understanding of this matter, it is important to know that, besides rods and cones (responsible for processing visual information), we also have a third receptor in our eyes, the melanopsin receptor. This receptor is sensitive to blue light only and is responsible for the regulation of our biological clock. Blue light in the morning – in line with the time of day that sunlight is most intense – is what our biological clock has evolved against through the last millions of years.
Likewise, excessive exposure to blue light in the evening leads to a suppression of the sleep hormone melatonin, thereby postponing the feeling of being tired resulting in people falling asleep later. The old-fashioned light bulb or incandescent light mainly emits light in the red spectrum and hardly any light in the blue spectrum (that is why incandescent light bulbs are energy inefficient; since most of the energy is transformed into infrared, e.g. heat). In contrast, modern LED lamps and energy saving lamps (CFL), as well as tablets, computer screens and mobile phones have a peak in the blue spectrum and thus emit a lot of blue light (just look at the ‘blue’ reflection on someone’s face when behind a smartphone or tablet in the dark). Exposure to these light sources at the ‘wrong’ time of day, i.e. in the evening, can disrupt our biological clock and make us fall asleep at a later time, hence causing the sleep restriction mentioned above. Interestingly, this effect can be reversed by increasing blue light exposure in the morning.
Based on this data, it might be presumed that there is a relationship between ADHD and sunlight exposure. Last year we published a study in Biological Psychiatry where we exactly demonstrated this, also see the figure below. In this figure, the prevalence of ADHD is shown on the left, and the annual intensity of sunlight (in KWh/m2/yr.) is shown on the right. These findings demonstrate that a high intensity of sunlight is associated with a lower prevalence of ADHD. Meanwhile, we have confirmed this relationship in five different datasets, including a dataset with European countries. This relationship explains 34-57% of the prevalence of ADHD in the US and other countries, which is a considerable proportion.

Figure 1: In the blue map of this illustration the prevalence of ADHD across various US states can be seen, where especially in the south-west lower prevalence of ADHD are found (light blue: CDC 2003). The colored map represents the intensity of sunlight in KWh/m2/dag: NREL). This video illustrates the clear overlap between high sunlight intensity (red areas) and low ADHD prevalence (light blue areas), where a high sunlight intensity seems protective of against the development of ADHD. To replay the movie, press the ‘play’ button again.

How understanding the effects of Blue Light can help prevent ADHD

Now, of course, the question arises whether it is recommendable to keep children from using the iPad or computer in the evening. Our research shows that sufficient exposure to sunlight during the day may have a preventative effect in ADHD. However, it is our interpretation that this is caused by an excessive amount of blue light exposure in the evening. Banning modern media use in the evening will probably not be realistic. However, free software is available (like F.lux) that will adjust the colour settings on the screen of your PC, Mac or iPad, depending on the time of day. Manufacturers of modern media should perhaps consider implementing this functionality by default, such as the ‘Night Shift’ feature recently implemented by Apple for iOS devices such as iPhones and iPads. Also, LED manufacturers may consider developing LED lights with less affinity in the blue spectrum. Yet, a simple advice may be to just get more daylight exposure in the morning. A project of which we are still dreaming is to literally ‘take the roof off’ in schools in the Netherlands, in order to use skylight to provide natural light in the classrooms. The only ‘side effect’ of such an intervention would be substantial savings on energy costs, thus an ecologically sustainable solution, and possibly a decrease in concentration problems and ADHD. Until that time, simple advice like walking the dog in the morning, walking or cycling to school instead of using a car and, as argued above, providing a seat by the window for that easily distracted child, are a good start.